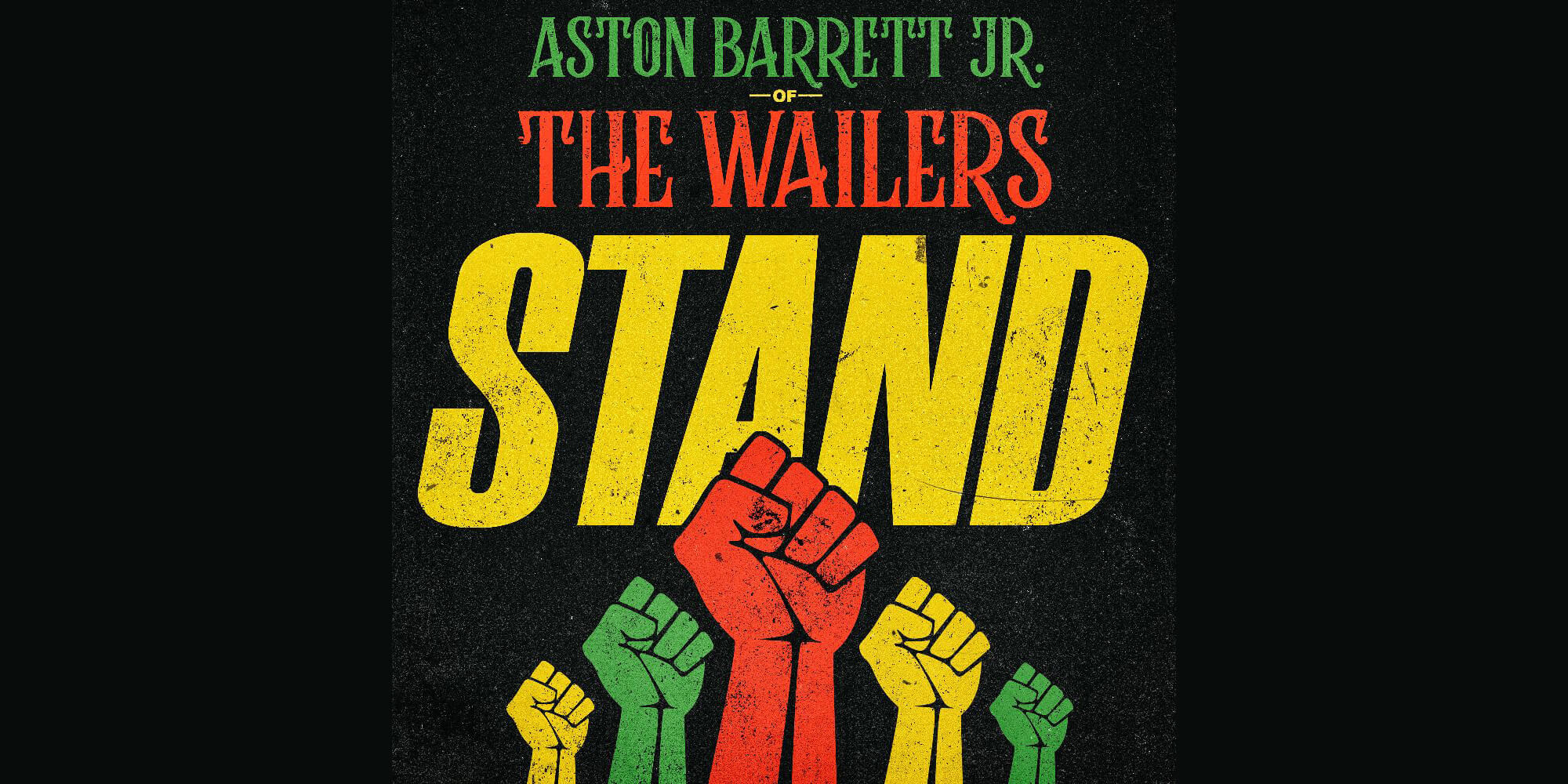 Stand! What a powerful word that is today. With the current world situation, standing of what is good is an undoubtedly a revolutionary act. Sly & The Family Stone immortalised this concept with their fourth album, release on may 3rd 1969 Written and produced by lead singer and multi-instrumentalist Sly Stone, STAND! is considered an artistic high-point of the band’s career. Released by Epic Records, just before the group’s celebrated performance at the Woodstock festival, it became the band’s most commercially successful album to date.

Now, the new generation is making itself heard with multi-instrumentalist Aston Barrett Jr., the son of “Familyman” himself, leading the way who, re-recording the hit, reminds us that standing for what is good is:

“Standing to let you know everything will be alright, for the truth so don’t be uptight. In these days, you would never think you would have to sing these songs again, but it shows that more than ever today, people are suffering and still need support. Positive vibrations are what we need and I, Aston Barrett and The Wailers, will stand for love and unity.”

For the last half century, The Wailers have been at the forefront of the reggae genre and have shown no signs of slowing down. With multi-instrumentalist Aston Barrett Jr., the son of “Familyman” himself, leading the way, this legendary group of musicians have continued the legacy of Bob Marley and more empowering reggae of the time.

Produced by “Commissioner Gordon” Williams, who has worked with iconic musicians like Lauryn Hill, Damian Marley, and Amy Winehouse, check out their brand-new cover of this Sly and the Family Stone.